Max and Simon swim on the Qatar Academy Falcons Swim Team.  They practice three times a week at the school's 50m pool and have a wonderful coach from Britain.

In November the team traveled to Muscat, Oman for a Swim Meet organized by the International Schools Activities Conference (ISAC). This competition was hosted by The American International School and held at Sultan Qaboos Sports Complex.  It included teams from five countries (Egypt, UAE, Qatar, Oman, and Kuwait) and there were 140 swimmers in total.

Max swam in eight events over the two days. Max made it to the finals in every race he swam.  The finals competition was the top eight swimmers in each event. Coach Jemma and Max have been working on his backstroke this term.  She has been taking underwater photos and videos to show him better stroke position.  This work paid off when Max won the Gold Medal for the 100m Back Stroke!!  He also took home a Bronze medal in the 400m Freestyle.


Simon swam in six events.This included two relay teams which Max was also part of; Simon swam the breast stroke leg of the Medley Relay and Max swam the Butterfly for that relay. Simon improved his times in every event that he swam.  He was the youngest member of the Falcons team and received the Swimmer of the Month award in October for his hard work and good attitude.  The boys won a Bronze Medal for their 200m Freestyle Relay. 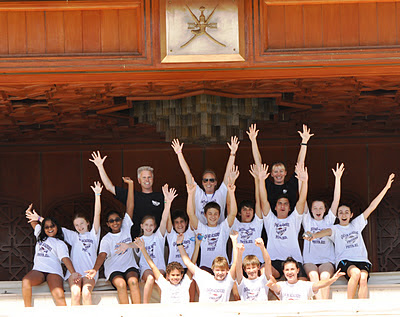 Tim also went along as a Team chaperone.  Unfortunately they did not get to see much of the city because the swim meet events kept them very busy.
Posted by Chutes at 5:42 AM

CONGRATS to Max on this wonderful accomplishment!! We're thinking about all of you.